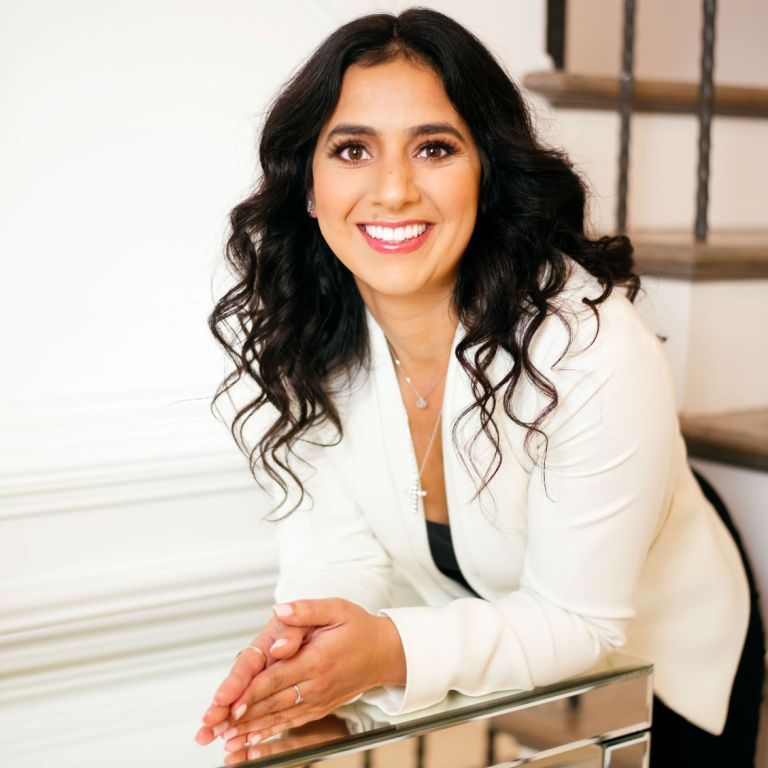 Dina Marto is a seasoned entrepreneur, having shattered gender and ethnic glass ceilings during her nearly 20 years as a music executive and small business owner. She is a female powerhouse, being known as the behind-the-scenes “secret weapon” to being in the forefront with her many TV cameos, #MartoMinute inspirational videos, panel discussions and speaking engagements. Named to Atlanta Business Chronicle’s “40 Under 40” list at just 27, Dina’s Arab-American roots make her an anomaly in a male-dominated arena, where women of her background have seen rare success. As the founder and visionary of Atlanta staple Twelve Music & Studios, established in 2012, she curated one of the South’s most sought-after creative environments to develop talent and produce Billboard shattering hits. In 2015, Dina received a Proclamation from the City of Atlanta for her contributions to the music industry. After seven years of managing and operating, she recently transferred ownership of the recording studio, successfully selling her first business.

Entrepreneurship has always been a fundamental part of Dina’s ideology, starting her first venture, an entertainment public relations firm, at age 19 while still in college. It was then that Dina was identified by music mogul and former Chairman Antonio “L.A.” Reid as a rising star executive, thus hiring her to work on his A&R team at Island Def Jam. During her tenure, she served as the right-hand to the late Shakir Stewart, then executive vice-president of Def Jam, and managed the label’s Atlanta office. This is where Dina developed an ear and eye for talent, acting as A&R coordinator for albums by Young Jeezy, Nas, Rick Ross, Janet Jackson, LL Cool J and more throughout a six-year period.

After the untimely passing of her mentor Shakir, and in true entrepreneurial fashion, Dina struck out on her own again and founded Twelve Music & Studios to nurture and secure the careers of artists, songwriters and producers through major record and publishing deals. Currently, she manages a hand-selected group of talent including Sony/ATV composer and musician Ink of Vintage Nation, as well as, consults emerging and established artists. She has worked closely with rapper Rick Ross and super-producer Polow da Don, who both made Twelve Studios their creative home, along with Epic Records and Empire Distribution previously. Dina is on the management team for superstar Tip “T.I.” Harris and helped launch his popular podcast “expediTIously” which became #1 on Apple Podcasts. Dina continues to solidify her status as a highly sought-after manager, thought leader and executive, aiming to cultivate talent and brands by providing guidance and opportunities to flourish.

Continuing on her path as a builder, Dina has partnered with longtime friend and marketing professional Courtney Rhodes to form C & D The Agency; an all womenled management agency, dedicated to empowering minority women. Dina is eager to combine her passion for mentoring and leading the next generation of businesswomen with changing the dynamic of how women collaborate to form a team of global innovators.

Dina is a proud Palestinian who was born in Amman, Jordan and grew up in Marietta, Georgia. She holds a Bachelor of Arts in Communications from Oglethorpe University. Presently, Dina serves as the Vice-Chair of Events for the Women In Music Atlanta Chapter and on the Creative Industries Board for Invest Atlanta. In 2017, Dina and Twelve Studios were awarded $10k from the Wells Fargo Works for Small Businesses Neighborhood Renovation Program. She actively helps the community through her philanthropic endeavors, focused on inspiring minority women and entrepreneurs, and raising awareness about mental health.